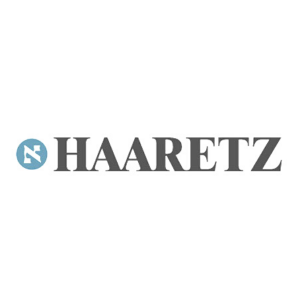 Dozens of Israel’s municipal chief rabbis signed on to the ruling, which comes just months after the chief rabbi of Safed initiated a call urging Jews to refrain from renting or selling apartments to non-Jews.

A numbr of leading rabbis who signed on to a religious ruling to forbid renting homes to gentiles – a move particularly aimed against Arabs – defended their decision on Tuesday with the declaration that the land of Israel belongs to the Jews.

Dozens of Israel’s municipal chief rabbis signed on to the ruling, which comes just months after the chief rabbi of Safed initiated a call urging Jews to refrain from renting or selling apartments to non-Jews.

“We don’t need to help Arabs set down roots in Israel,” Rabbi Shlomo Aviner of the Beit El settlement, said on Tuesday. Aviner explained that he supported the move for two reasons: one, a Jew looking for an apartment should get preference over a gentile; and two, to keep the growing Arab population from settling too deeply.

“Racism originated in the Torah,” said Rabbi Yosef Scheinen, who heads the Ashdod Yeshiva. “The land of Israel is designated for the people of Israel. This is what the Holy One Blessed Be He intended and that is what the [sage] Rashi interpreted.”

He added that he did not see the move as racist so much as segregationist. “The world is so big and the State of Israel is small, that God intended it for the people of Israel and the whole world covets it. That is the injustice.”

Upon news of the religious ruling, Meretz faction whip Ilan Ghilon immediately asked the attorney general to dismiss each of the rabbis who had signed their names.

“We are witnessing an epidemic of racism and xenophobia and we must act firmly,” he said.

Deputy Knesset chairman MK Ahmed Tibi decried the letter as a “mass crime [committed] by a group of racist rabbis who should be given intensive course in Jewish history.”

The entire group should be tried for “incitement to racism,” added Tibi, “Muslim clerics have recently been tried or fired from their jobs for much less but the rabbis are able to pursue their unruly behavior without concern.

Haifa Mayor Yonah Yahav termed the ruling the “real desecration of God’s name. It is bringing hatred against those with whom we have chosen to live our lives.”

Nazareth Mayor Ramiz Jaraisy also decried the moving, declaring that “whoever thinks it damages one side is mistaken. We are all children of the land. Both nations must search for common ground and not bring about escalation.”

In their ruling, the rabbis called on the religious community to voice support Safed Chief Rabbi Shmuel Eliyahu, who could face trial for incitement against Arabs for initiating the move against renting to gentiles.

Politicos from the national religious sector believe that the mass of prominent figures who signed on to the ruling – all of whose salaries are paid by public funds – will send a message to the attorney general to take Eliyahu’s position seriously.

The rabbis’ letter prompted by Eliyahu, which was first published months ago and reprinted in October, urges Jewish owners of apartments to reconsider renting their properties to Arabs since it would deflate the value of their homes as well as those in the neighborhood.

“Their way of life is different than that of Jews,” the letter stated. “Among [the gentiles] are those who are bitter and hateful toward us and who meddle into our lives to the point where they are a danger.”

The rabbis also urge neighbors of anyone renting or selling property to Arabs to caution that person. After delivering the warning, the neighbor is then encouraged to issue notices to the general public and inform the community.

“The neighbors and acquaintances [of a Jew who sells or rents to an Arab] must distance themselves from the Jew, refrain from doing business with him, deny him the right to read from the Torah, and similarly [ostracize] him until he goes back on this harmful deed,” the letter reads.