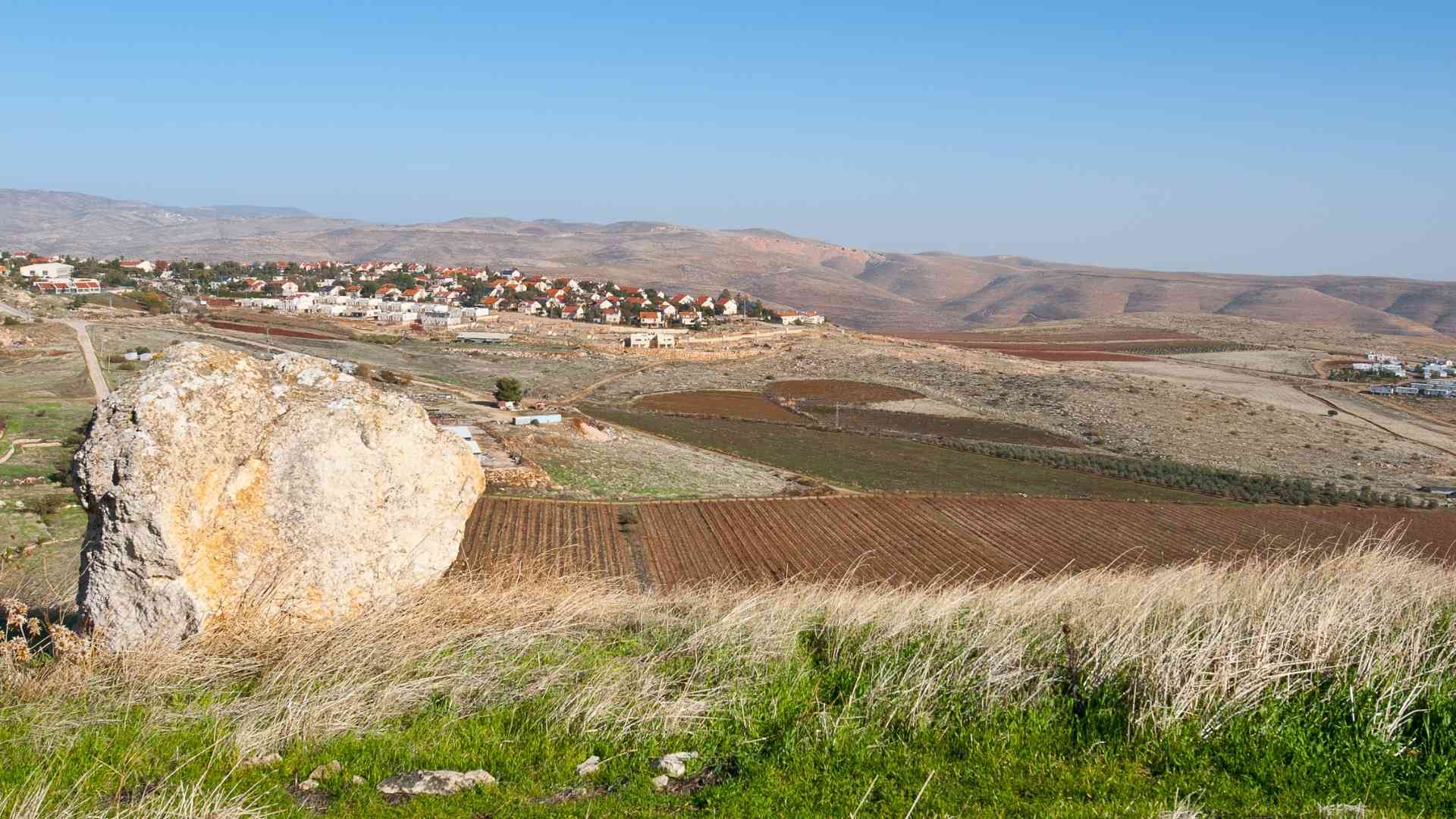 As a result of demographic and political trends in the past 25 years, Israel finds itself in the midst of a national crisis of hitherto unknown proportions: Jewish farmers and landowners are victimized by the illegal expropriation of their land through means of robbery, violence and intimidation by their Arab neighbors. Illegal grazing, planting and residential construction by Arabs have taken place over huge tracts of Jewish owned land that were liberated at the founding of the State of Israel in 1948. It would appear that the government of Israel has been unwilling or unable to enforce laws that would prevent such actions.

Feeling the pinch of Arab land grabbers, some Jewish farmers have felt compelled to sell their land to Arabs and it has also been reported that private investors from oil rich Arab Gulf states like Saudi Arabia are purchasing sizable land parcels in Israel.

This deepening morass has served as impetus for many rabbis in Israel to issue edicts prohibiting Jews from selling land to Arabs, as was recently reported by Arutz Sheva. Increasing frustrations among Jewish residents of the Galilee have prompted some to begin taking concrete action to preserve Jewish land ownership. One such person in Joel Busner, founder of the B’Ahavat Yisrael charitable organization and the founder of a new private venture called, “Buy A Piece of Israel”. I spoke with Mr. Busner at length about his views on the future of Jewish sovereignty in Israel.

FS: Can you tell our readership a little about your personal background, your involvement in activism and why you decided to launch “Buy a Piece of Israel” at this juncture?

JB: I was born and raised in Montreal and later lived in New York and South Florida before making Aliyah 12 years ago.  I can’t explain why but I have always been involved in defending Jewish rights wherever I have resided and for as long as I can remember.  Whether it be elderly Jews in bad neighborhoods or Jews in the Soviet Union it was always second nature to be involved.

When I moved to Israel I first resided in the Shomron and then for almost four years in Ra’anana.  Frankly, I could have ended up anywhere in the land because I am loyal to all of it. While looking for a place to set up a youth farming project, I ended up in the lower Galilee with my young family. Once I was here I quickly learned that rights are different for Jews than they are for Arabs. Jews are required by law to have permits for everything and Arabs don’t.  Arabs can build what they want and where they want in the Galilee very similarly to the situation in Judea and Samaria, except that these Arabs are citizens of the State of Israel and are under the jurisdiction of the Israeli government.

These Israeli-Arabs are no different than the Arabs of the liberated territories in terms of the tactics they employ when it comes to taking Jewish land.  They watch what the Arabs in the territories do and then they try and implement the same strategies in the Galilee and in the Negev. They commit outright theft of land using violence and intimidation against Jewish farmers, etc.

While I greatly admire the hilltop youth and all the brave pioneers in Judea and Samaria I realized that very quietly, with very little media attention, the Arabs both from this region and their cousins from enemy states of Israel are using their prominence to take over. From early on, I saw the sham that is the olive harvest in Judea and Samaria, which is really an excuse for them to claim more and more land, and now they are doing it here in pre-1967 Israel.

I came to a conclusion that if we wait on law enforcement, the courts, and the politicians, then the outcome will inevitably be that in a few very short years the Arabs will claim sovereignty in the entire Galilee region. This area of the country was established by Jewish farming and Jewish toil and I decided to do all I can to bring it back into Jewish hands. As such, I am creating a program in which Jews worldwide who really care about this issue can invest in agricultural fields in the region. This would offer them an opportunity to own a piece of Israel, to create local employment, and to begin to reverse the trend that the Arabs have implemented with great success.

FS: Your literature says that Jewish agricultural land in the Galilee is being expropriated illegally by Arabs, leaving Jewish farmers without income. Why isn’t the Israel Land Authority or the JNF doing anything to prevent this?

JB: Throughout the country most groups are powerless. The Supreme Court is overwhelmingly leftist and does nothing to affirm Jewish rights. Some of the larger groups are, in a way, a part of [the problem] as they hire Arabs and make more and more land concessions to Arabs. Our initiative is a private one. While we’re locating and managing private lands for Jewish owners, we also hope that others will replicate our efforts and do exactly the same thing. As more Jews buy land, that translates into employment opportunities for other Jews in Israel and we increase our chances of retaining the land.

FS: You mention that Arab petrodollars are involved in purchasing Jewish-owned land in the Galilee and the Negev. Are there any laws on the books in Israel that prohibit enemy states such as Saudi Arabia from buying land in the Jewish State?

JB: The lands that the Arab sheikhs are investing in are private lands and not state-owned lands.  This is what we are purchasing and encouraging others to purchase. As far as private lands are concerned, there are no laws in Israel prohibiting these parties from purchasing, as tragic as it is.

FS: What concrete action would you take to protect Jews from the violence and robbery committed by their Arab neighbors in the Galilee and what would you do to encourage Jewish settlement in that area, thus ensuring a Jewish majority in that region?

JB: Because we are not in a government position we can’t force or compensate the Arabs to leave voluntarily at this point. However, we can set examples and get the ball rolling. We believe in not only purchasing land but in working it regularly which makes it difficult for Arabs to come and squat. By employing young and strong Jews we are supplying a much needed sense of security to local farmers and residents. The more land that is purchased and worked the more young Jews will be living here.  I sincerely believe that once Jews again become convinced of the importance of Jewish manual labor there will be less dependence on non-Jewish labor. It’s a chain.

FS: Your brochure mentions an article in which rabbis in the northern part of Israel are issuing decrees saying that it is prohibited to sell land to Arabs, based on Torah laws. Could you tell us why Jews feel compelled to sell their land to begin with?

JB: When politicians are ready to give up on the holy city of Jerusalem and are poised to make more and more territorial concessions to our sworn enemies the simple “average Joe” begins to see that there’s nothing wrong with taking more money even from enemies. In many cases these Jewish landowners and farmers are not offered any special government encouragement in helping to develop these important areas. The pride, the ‘Raison D’etre’ is vanishing.

FS: Your program calls on Jews around the world to purchase parts of large agricultural centers with the idea of retaining Jewish ownership and maintenance of the land. Can you tell us specifically how that will work in terms of reaping a dividend for the purchaser and how it will attract Jews to that area and who will be working the land?

JB: The workers will have to live in close proximity to their place of employment and the more jobs that are created means that more workers and their families will come to live in the region. Other businesses will start up to service the increase in population. As for purchasers, this is not a high tech start up. This is an alternative to giving charity. This is about getting really involved by owning land purchased debt free that will make a modest income but will be divided between the management of the land and the owners of the land. I would encourage Jews to think very seriously about this opportunity to purchase land and help to ensure the future of a Jewish Israel.