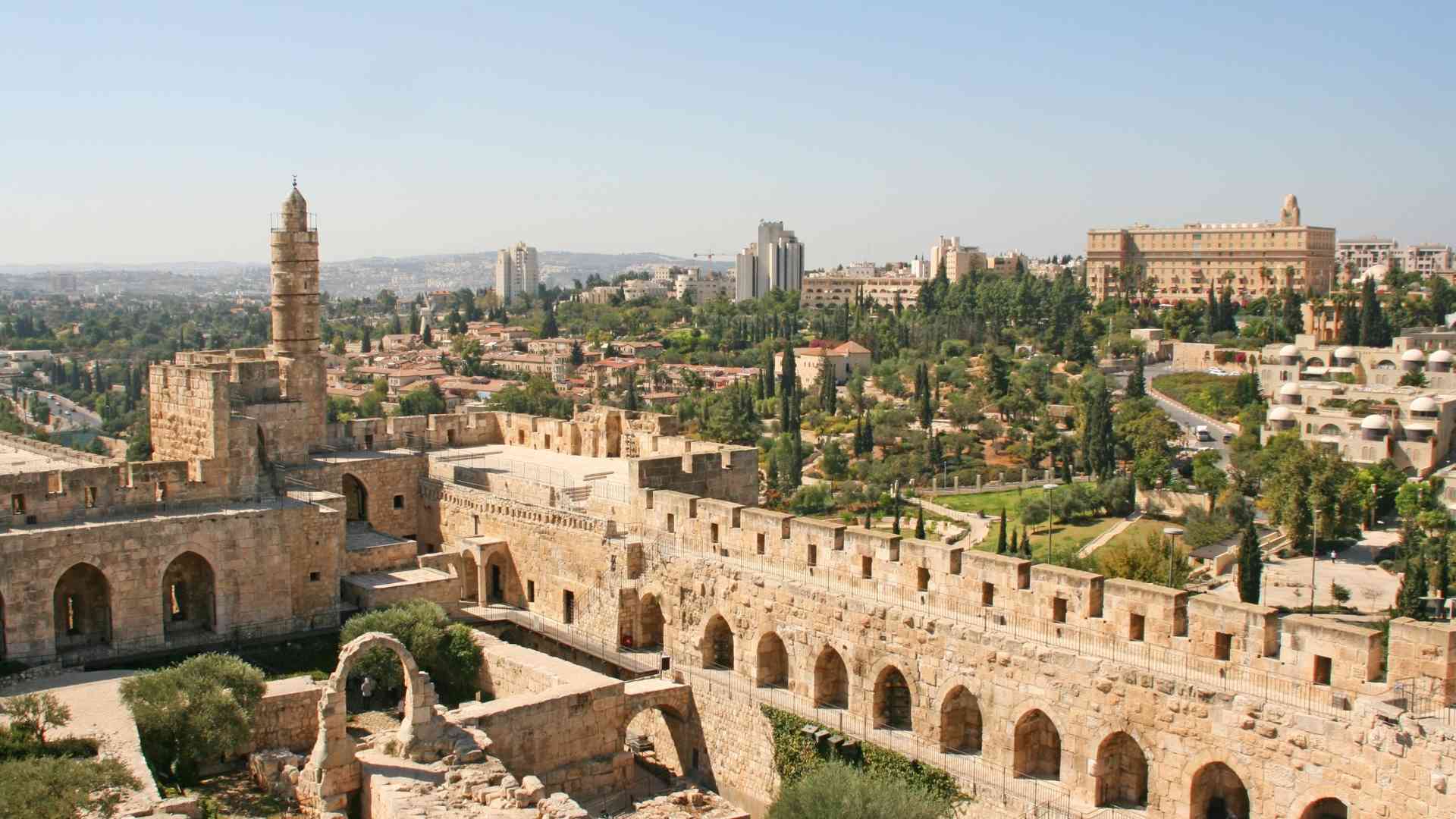 In Chapter 23 in Genesis (Bereishit), G-d promises Abraham, ““The entire land that you see, I will give to you and your descendants forever . . . Arise and traverse the land, in its length and in its breadth, for to you I shall give it” (Genesis 13: 15-17). Sixty years later, in chapter 23 of Genesis, we learn that Abraham purchases the area of the Machpela field (Cave of Patriarchs and Matriarchs) for four hundred (400) silver shekels (Oh, how I wish that all my modern shekels would be made of silver!).

Following Abraham’s purchase of the Machpela field, there are two (2) additional significant and permanent purchases:

The question that begs to be answered:

If G-d promised all the Land of Israel to Abraham and his future descendants forever, why were these special locations purchased by Abraham, Jacob, and King David?

The above mentioned leaders had foresight.  They wanted to ensure that even though all the land is promised to Abraham’s descendants at least ten (10) times throughout the Bible, having purchased these critically important places with legal payments and receipts, would nullify any future claims by those who would choose to ignore the divine promise.

After being expelled following the destruction of the second Temple, the vast majority of the world’s Jewish population lived outside of the Land of Israel for some 1,900 years.  While there remained small pockets of Jews, mostly religious in a few places in the land,  most exiled Jews faced Zion three (3) times each day as they prayed to be able to return to the Holy Land.  Some individuals tried to come to settle the land but only towards the end of the 19th century did the movement pick up steam when groups of Jews, tired of non-stop anti-Semitism, began to realize that only in our own home, could we be a free and proud people once again.

Some Jews understood the significance, the spirituality, and the power of Jews purchasing land in pre-State Israel.  Some like Rothschild, bought land from Arabs and Turks so that Jews could come and plant and build on ‘redeemed’ land.  Keren Kayemet-Jewish National Fund was created originally for this purpose, but not for individuals, but as a National fund to be supported by donations from Jews worldwide.  13% of the land in the State of Israel today is owned by Keren Kayemet.

Unfortunately, while Jewish socialists from Europe had good intentions and sacrificed a lot to settle the land, as in all cases, socialism must fail.  Today, the government of Israel owns 80% of the land in the State, combined with that of KKL leaves 7% of the land.  This means that only 7% of the land is still private.  What are the implications?

Besides that most new building projects and communities are strictly under the control of the government, this also means price controls, which, when governments get greedy for taxes, often means inflated prices as we see now in too many cases.  Many Arab Israelis and their supporters of the end of a Jewish State understand what Abraham, Jacob, and King David understood, and so they buy up as much of the 7% of the private land as they can, which often means paying non-religious Jews high prices for their lands to sell out.

The lands being purchased by the non-Jewish people gives them confidence and more ammunition in their propaganda against the legitimacy of the existence of the Jewish State, so much so that they continue by testing the waters by confiscating government owned lands illegally and, then, to add to the chutzpa, they build illegal homes on them.  They now push harder to claim more and more of the area to be theirs legitimately, and not ours.

While I just painted a rather gloom picture, there is a way to change the canvas.  Jews need to buy back all the private land.  Jews need to go back and work those lands even if it means using volunteers, farming subsidies, etc.  Once much of the private lands are owned by Jews, attitudes will change.  For example, much of the lands next to Gaza that suffer from flammable balloons courtesy of Hamas and Islamic Jihad is government or KKL owned.  Imagine Irving Cohen in Long Island owned private 10 acres of farming land that got burned by the arsonists?  He wouldn’t be glancing over it in the 2 lines it got covered in the local Jewish newspaper.  He’d be hopping mad with fury.  He’d be pressuring the Israeli government representatives to use all means necessary to put the fire terrorists permanently out of business.

Friends, Jews too often worry about how much the investment pays.   I can’t begin to count how many times I’ve been asked how much money can be made from private Israeli agricultural lands.   While they are counting their percentages and figuring out how much more they can make in Romania or Bulgaria or some hick town in Tennessee, we receive emails and phone calls from G-d fearing Gentiles who from faith want to own a piece of the Holy Land.  Many times I feel like US President Donald Trump who claims that the Christian Evangelicals were much more enthusiastic about the establishment of the US embassy in Jerusalem than the Jews!  I can definitely relate to that statement.  But, I’m not the US president.  I am a Jew in our land -- the Land of Israel.  I won’t sell an inch of land to anyone who isn’t Jewish.  Not because I’m a racist.  Not because I don’t believe there aren’t righteous G-d fearing Gentiles, as there certainly are.  It is because I believe in havdalah, the separation of holy and secular, of light and darkness, and between Israel and the Nations.  We are a nation that shall dwell alone to be a light unto the Nations, to show the way things ought to be.

Don’t cry the next time you see some lifetime Israeli politician agree to give up land for a false peace agreement.  Make sure that Jews from all backgrounds get involved in owning a piece of Israel.  Not only will it force the government to privatize more lands, it will unite Jews in never relinquishing what was promised to us.  Yes, the land is ours.  Now be like Abraham, Jacob, and King David and affirm it by having your own little piece that is not subject to someone else’s interpretation of ownership.

Buy a Piece of Israel

Because it’s time to take our country back!