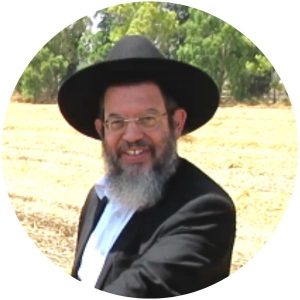 Administrator and Rabbinic Advisor of Buy a Piece of Israel

This Jewish year, 5782, is halachically treated as a Sabbatical year, known as Shmitta, in the Land of Israel.

As such it would be in place to clarify the three basic halachic approaches to Shmitta observance today as well as offer some background on Shmitta laws in general.

The year of Shmitta is referred to by the Torah (Vayikra 26:6) as “Shabbat HaAretz”, the “rest” of the Land. Just as we refrain from creative action one day of every seven days, on Shabbat, helping to remind us of G-d’s essential role in the world in general, we refrain from productive actions vis a vis the land one year of every seven, Shmitta, helping to remind us of His essential role in the Land of Israel in particular. All actions, therefore, that have the effect of growing produce or improving the land are prohibited during the Shmitta year, and fruits or vegetables produced in violation of these laws are prohibited, farmers are not to assert ownership over any produce that grows, the fruits and vegetables are considered ownerless (hefker), and it is forbidden to engage in any commercial activity with this produce.

Moreover, all produce growing on Jewish-owned land during the Shmitta year has kedushat shvi’it, (Sabbatical sanctity) and, according to Ramban (Nahmanides), there is a positive mitzva (precept) to consume such produce. There are also laws how the produce may be prepared or consumed, and how to dispose of leftovers.

Since Shmitta today is considered by most Rabbinic sources to be only on a Rabbinic level, it is permitted to engage in activities that are not intended to grow produce but rather to prevent spoilage of existent crops or fields, and it is permissible to eat grains and vegetables that grow, referred to as sefichin, as long as they were planted before Shmitta.

We are reassured by G-d in the The Torah (Vayikra 25:20-22): “And if you should say, ‘What will we eat in the seventh year? … I will command My blessing for you in the sixth year, and it will yield produce for three years’”.  And the fulfillment of this verse can be attested to by many a Jewish farmer today.

One approach to the practical observance of Shmitta, instituted shortly after Jews began returning to Eretz Yisrael in the 19th century, is heter mekhira.  This approach was endorsed by many noted rabbinic scholars, including R. Yitzchak Elchonon Spektor and R. Avraham Y. HaKohen Kook, in light of the then very real danger of rampant starvation and irreparable damage to the nascent agricultural efforts of the newly developing yishuv.  The concept, resembling the sale of chametz, basically suggests that produce that grown on land owned by a non-Jew does not have kedushat shvi’it and is free of Shmitta restrictions.

It should be emphasized that the proposed heter mekhira was subject to several restrictions:

1) The heter is based on the presumption that Shmitta today is on a Rabbinic level. Nevertheless, only non-Jews may do activities that would be Torah-level prohibitions, such as sowing and harvesting.

2) Part of the field must be left completely untouched in accordance with Shmitta requirements.

3) Only minimal work necessary for this year may be performed.

4) Above all, heter mekhira was presented as a one-time leniency, subject to being renewed, based on pikuach nefesh, danger to life.

Since its initial enactment, heter mekhira has been renewed every seven years, and the Chief Rabbinate of Israel continues to sell all of the fields in the Land of Israel belonging to the State (virtually all of the land) to a non-Jew.

There are arguments for and against relying on the heter mekhira.

Arguments in favor include:

·         The threat of pikuach nefesh is just as severe today, if not more so, now that there are over six million Jews who rely on Israeli agriculture, as opposed to maybe one hundred thousand at the time of the original heter .

·         Many of those who are against heter mekhira advocate the purchase of produce from Arabs, a practice, it is argued, that supports our enemies. Morevor, it is argued that much of the “Arab produce” is simply Jewish produce that was purchased by Arabs and then marked up to sell back to Jews.

Arguments against heter mekhira include:

·         The Israeli economy can survive based on other facets such as hi-tech, tourism, and other exports, and Israel is a formidable economic entity today, effectively negating the pikuach nefesh.

·         It is generally prohibited to sell any part of Eretz Yisrael to non-Jews. The halachic decisors who proposed the heter mekhira found a loophole, but it is, nevertheless, an undesirable one.

·         Some halakhic decisors abjectly reject the very basis of heter mekhira, arguing that it does not remove kedushat shvi’it.

·         The heter mekhira is often not adhered to in accordance with the aforementioned restrictions. It is too often not taken seriously, and too many just engage in business as usual, ignoring the actual halakhic restrictions.

Another approach to the practical observance of Shmitta is purchase of produce from Arabs.  Indeed, produce purchased from non-Jews or imported from abroad, is considered by many, if not most, halachic authorites to not have kedushat shvi’it.  Nevertheless, while this may seem to solve some halakhic problems, many consider it unacceptable.

Arguments against buying Arab produce include:

·         A general stance against basing the entire food source on Arabs, in light of their enmity and fraud.

·         Its preventing the positive precept of eating Shmitta fruit, considered by some to be a privileged opportunity.

·         It is argued that Arab “owned” land is not theirs; rather, it is Jewish land, Eretz Yisrael, that was taken from its original Jewish owners. If so, such produce has just as much Kedushat Shvi’it as the fruits and vegetables of Jewish farmers.

·         This option deprives Jewish farmers and suppliers of the ability to earn a living in ways that are permissible according to the laws of Shmitta.

A third approach is otzar beit din.  Being a mitzva, according to many, to eat the Shmitta produce, ideally, everyone would trek to the fields and take what they needed and carry it back to their homes. Already, though, in the time of the Second Bet HaMikdash, it became apparent that this was not workable for those who lived in the cities, or even for those who lived rurally, being they were not near the field that had the given produce that they wanted on a particular day (Tosefta Shevi’it 8:1-4).  Our Sages, therefore, devised a system consisting of an otzar – storehouse – administered by the beit din, an authority established by the Jewish court to aid this situation while keeping within the limits of halakha.

The premise of otzar bet din is basically a framework in which farmers, related workers and store owners operate as the beit din‘s agents in harvesting the produce and preparing it for market, including processing in a factory, conversion into wine or oil or juice etc., transporting to points across the nation and without, and distribution to consumers while avoiding sale via normal means. As there are significant costs involved in all these activities, the agents are compensated for their labor, time and expenses, paid for by the cost of the produce, whereas, they are not paid for the produce itself. The beit din oversees the determination of the cost of the produce based on an apportionment of the aforementioned costs. In our time, the Chazon Ish served as the primary impetus for the otzar beit din  system.

Arguments in favor include:

·         The consumers get the mitzva of eating Shmitta produce while treating it in accordance with special regulations that apply to produce with kedushat shvi’it.

·    It is a manner of supporting Jewish agricultural workers who observe Shmitta, providing them with satisfactory income to support themselves and their families in accordance with halakha.

·         It does not have the issues associated with Arab-grown produce.

·         It can only supply a limited number of types of produce. Vegetables, in particular, are a problem, as the leniency regarding Sefichin is only for those planted before Shmitta.

·         The produce is not as predictably available as individuals are accustomed to otherwise.

·         It is argued that the pricing structure, where some fruits cost more than others, shows that it is not strictly reimbursement of labor and expenses, in which case the price should be uniform.

It is hoped that the above helps the average reader understand the basic concepts and approaches behind today’s practical observance of this very important mitzva of Shmitta.

May we all observe this very crucial mitzva along with all other mitzvot in the most optimum manner, thereby bringing us closer to our Creator, G-d of the Universe.